What is the PSA test?

PSA stands for Prostate Specific Antigen, which is a protein produced by cells in the prostate. The PSA Test involves a simple blood test which measures the level of PSA in the blood. If prostate cells are abnormal in any way, and this includes getting older, they produce more PSA protein.

These vary according to age, and are measures as nanograms per ml. ‘Normal’ PSA level is now generally accepted as being less than:

However, this is now being called into question. Some authorities have called for new guidelines to be implemented, and these are less than:

What is the Importance of PSA Testing?

On the face of it, it seems very obvious. If I get a very minor blood test from my GP, I can tell if I may have prostate cancer. If so, then the sooner I get it investigated and treated the better.

Sounds simple, but the reality is much different. The test itself is easy, and any GPs can organise it, but the result can open a Pandora’s Box of possible problems. This is because PSA is not a test of prostate cancer, instead is a demonstration of prostate cell disruption. Most men with raised PSAs do not have cancer, and some men with very normal PSAs will have a cancer. 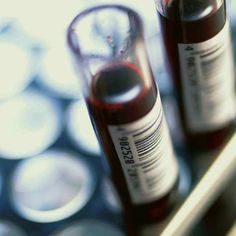 The unfortunate reality is that this PSA test is just not specific enough, but it is still the only one we have.